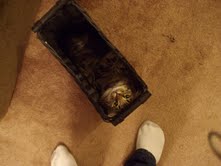 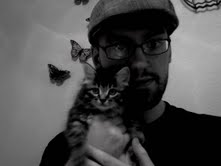 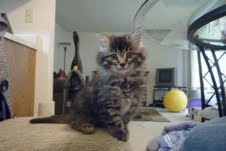 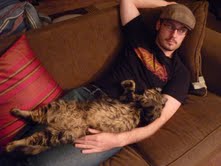 "Yasmin and I adopted Alaric as a kitten a little over three years ago. It didn’t take us long to realize he was a very unique individual. I say “individual,” because his behavior seemed more human than cat. Apart from being extremely loving and affectionate, he had a designated armchair in which he would sit like a person, he often slept on his back, he chirped/talked (hardly ever meowed), and had a care-free philosophy to life. He also successfully opened drawers and cabinets in the house, and made close, but unsuccessful attempts at opening doors. Additionally, he acquired more nicknames than anyone I know (Captain Fluff, the Lord of all that is fluffy, Gatito Man, our son, Poofles, Floofle, Fluffle-Dink, Bubba, Baboo, among others). Above all, he loved people as much as a cat possibly can, and was our little buddy.

Over time, we will learn to look back and smile or laugh, thinking about Alaric’s adorable and goofy and antics. After all, that’s probably what he would have wanted.