"Smokey is forever loved and deeply missed by Tim and Kim"

Smokey was born on December 31, 2000 (yep, New Year’s Eve which meant the whole world celebrated his birthday!)   We picked him up on February 26, 2001 and our lives were forever changed for the better.  We named him Smokey Fridea (pronounced “free-day-uh”) which was a combination of Fried and Gardea but over the years he was known as  Nubby, The Nubster, Nubbynubster, My Little Boo Boo, Bud, Sweetheart, Mr. Kissy Face, Honey Bear, Honey Pants, Tinky, Twinx, Twinky Bear, Tweenie, Twee-Tween and Mr. Woofy Wooferton, just to name a few.  He was the cutest little stud you’ve ever seen.  Those big brown eyes (his left with all white eyelashes and his right with all black and 1 single white eyelash) would melt your heart in an instant.  He was SO full of personality and spunk.  We have a million cherished memories of the silly things he did and loved.

He was skilled at slipping a slimy toy behind your back or on your seat, leaving lovely wet marks when you stood up.  He ate our couch, literally, leaving nothing but a wooden stump. He loved chewing up cardboard boxes and hated anything shiny or reflective.  Watch out DVDs and flashlights!  He loved to bury himself in freshly folded piles of warm laundry.  When it was time to change the sheets, he’d wait until the bed was completely stripped then jump up and lay in the middle of the bed and refuse to move until we remade the bed on top of him.  We built him a sandbox for the back porch after he kept getting carpet burn on his nose from trying to bury his bones inside the house.  Every now and then he’d bend his ears back, tuck his tail in and sprint through the house like a complete nutcase, plowing over everything in his path.  We usually just jumped up on the couch and stayed out of his way until he got it out of his system.  He liked to surprise you in the shower by sticking his head in and licking your leg.  He loved camping, chewing sticks and digging in the dirt.  He had his own sleeping bag and we are the only people I know who specifically chose a tent because it had doggie doors.  He always liked to sit close to the fire and we’d have to keep a close eye for sparks that frequently started smoldering in his butt and/or camping sweater.  We have no idea how he knew which presents were his under the Christmas tree, I mean, it’s not like we wrapped them in front him, but somehow he knew exactly which ones had his name on the tag.  We’d put them at the very back of the Christmas tree and somehow he’d sniff them out and wiggle his way in and all you’d see is a tree with presents and a tail sticking out.

We could go on forever, but we’ll just end by saying he was the absolute best dog in the whole world, we were truly blessed to have him in our lives.  If love could have saved him he would have lived forever.  Thank you God for letting us be he parents.  He brought us more love and joy than we could have ever imagined.

Take care kiddo, we’ll see you at the Rainbow Bridge. 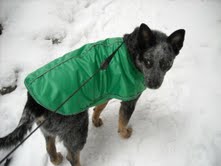 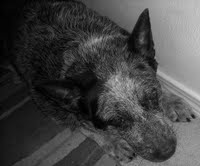 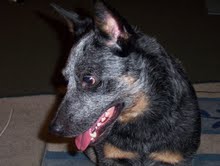 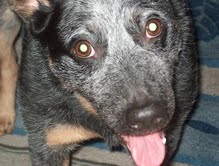 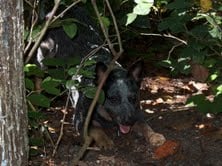 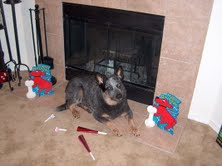 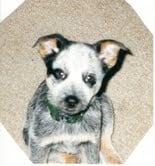